15 Best Game Apps for Android You Should Download Now 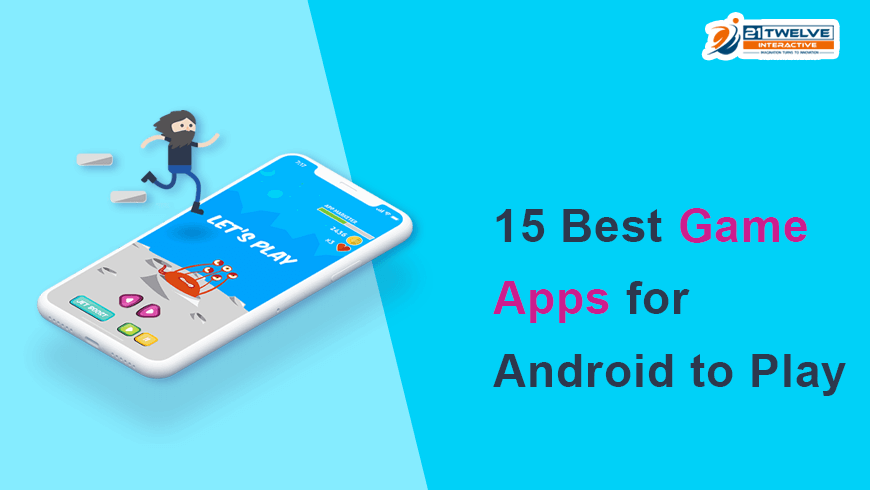 The idea of socializing has changed after the pandemic. Mobile games were already famous before the pandemic. But after it, they became a convenient, safe, and preferred way of keeping in touch with family and friends.

During the lockdown, most youngsters kept posting screenshots of their gaming records on their social media platforms. So, we cannot deny the craze of good mobile games in today’s times.

Are you one of those people who are still not into a lot of mobile games? Well, the following list of best game apps for Android may change that! Or are you here looking for a video game idea for developing one? No worries! We have your back for that too.

Read on to find out about some popular games, and then hire an Android game developer to start the project.

15 Best Game Apps for Android That You Cannot Miss Out On!

The Asphalt franchise is famous for its range of racing games. The popular ones in the series were Asphalt 8: Airborne and Asphalt Xtreme. The most recent game in this series is Asphalt 9: Legends.

The game comes with 50 car options, quite a few challenges, and some content to play with. It allows both single-player and online multiple players.

A unique feature of the game is that it uses an auto-go mechanism. So, players cannot control the acceleration, which did not go down well with some users. The game is available in a freemium version.

We don’t think you need a reason to include this game in the list of best Android games. Since its release, it has managed to capture the attention of plenty of gamers. The game is all about a 100-player battle royale on an island.

A person gets to collect gear, weapons, and vehicles and fight in the battle. The last person alive is the winner. One of the best features of the game is the option of a shrinking play area.

If you don’t want the game to go on for too long, then this is it. Fortnite is similar to PUBG. Only, the installation process is a little complicated.

Call of Duty: Mobile is the newest addition to this list of best game apps for Android. It is already a massive success among gamers. It has the classic FPS PvP.

But it also has the 100-player battle royale mode like PUBG Mobile and Fortnite. These things combined make it a rare game to watch out for.

Not to forget, the game also comes with in-app purchase options. As it is still new, there are some bugs, but they will be gone in no time.

Gwent: The Witcher Card Game is available in two versions – PC and mobile. For people who cannot wait for the release of Witcher 2 on Netflix, this is for you. The mobile version of the game was released recently.

The game comes with brilliant visual effects and hand-drawn art that makes the PvP duel seem life-like. Some of the game modes are classic, seasonal, and the extra challenging Arena mode.

Gwent is free but keep in mind that it can take up a lot of your time. All in all, it is a great game to kill your time.

Brawl Stars is the latest release from Supercell. The game is a brawler with online multiplayer and some MOBA elements. A player will enter the game with his/her team members and brawl with the opponents to win.

The game modes in Brawl Stars are straight brawl mode, heist mode, and a bounty mode. All of these modes have a different plot.

It was a surprise release, which is definitely a good thing for all the gaming fans. Genshin Impact is a mix of an action RPG with a Gacha element. The Gacha elements are the usual ones.

For instance, it has a story to play through and a number of teammates to call for. The good thing is that the game is less restrictive and has an open world along with some combat mechanics.

You can play Genshin Impact on PS4, PC, and iOS as well.

Do you miss hanging out with your friends? Then this is one of the best game apps for Android for you. Brawlhalla is a platform fighting game that also supports cross-play.

This is not it. The best part of the game is that you can create a custom room with your friends.

You can choose from 50 unique characters and a rotation of new ones every week. Don’t forget the various gaming modes such as Brawlball and Capture the Flag.

For fans of Diablo 2 and 3, this will be a trip down the nostalgia lane. This action RPG game has 40+ levels in the single-player offline campaign and 10 more secret levels to unlock.

What makes AnimA one of the best Android games of all time? You can add a dark fantasy setting and an amazing soundtrack for a memorable gaming experience.

Moreover, the players can choose from three specializations, i.e., Skirmish, archery, or sorcery. For people who love to build their own characters, try AnimA as it has 45 unique skills options to build your gaming character.

One-Punch Man: Road to Hero 2.0 is the official card game based on the anime series with the same name. In this game, you can channelize the character’s reaction to all the monster attacks.

While you make your way through the storyline, collect hero cards and monsters on the way to maintain peace.

From all the play styles in the game, two famous ones are Extreme Trial and Road of the Strong. If you want to participate in a real challenge, play with other players in a PvP tournament.

The players have to build their menagerie, add different creatures, and train them to be the best version of themselves.

Each creature will need a different habitat and will grow as the game progresses. Prove your skills by taking them into Team Wars and Team Battlegrounds.

The release of a number of Dragon Ball movies had led to the resurgence of the same in the last few years. If you enjoy the adventures of Goku and his friends, then Dragon Ball Legends is for you.

Players can play the game as one of the many Dragon Ball characters and various clear levels while playing the opponents that come in the way.

Swipe on the screen to attack, move, and dodge. Also, you can play special attacks by tapping the cards that appear on the screen. Keeping in mind the popularity of the Dragon Ball characters, this game had to be one of the best game apps for Android.

Everyone dreams of racing in their favorite car. This dream may not come true for everyone, but you can fulfill the dream virtually with Real Racing 3. The game has cars from Ferrari, Lamborghini, Ford, Mercedes-Benz, Aston Martin, and many more.

Test your driving skills on some of the most famous racing tracks across the world. It is one of the best racing games because of features like cross-platform multiplayer, a range of customization options, and realistic graphics.

For people who enjoy skiing, Alto’s Odyssey is the perfect choice with its simple mechanics and beautiful graphics. You ski down a hill and overcome the hurdles that come on the way. You can also collect items to trade them later for customization.

The game is free to download and has limited ads. Although there are in-app purchases, they are optional because it is mostly for customization.

Critical Ops is among the newer first-person shooter games and the best one too. You can battle terrorists in many urban-oriented levels or even play as a terrorist.

Critical Ops has a strong multiplayer online community, and you can play with your friends too. Even though the game is improving every day, it is already a hit among gamers.

Legends of Runeterra is a card dueling game like Hearthstone. You collect cards, build decks, and duel the opposite player until someone wins. Your strategy in the game will be built around the champion you choose.

Then you build a deck around it and play ahead. It is quite similar to the Commander game type in Magic: The Gathering.

Right now, there are a variety of games in the market to keep gamers engaged. But not every game is as successful as the ones mentioned in this list of best game apps for Android.

If you want to make a mark in the gaming world, take some inspiration from this list and hire an Android app developer to create a unique gaming app.

Keep in mind, the user experience and game features are the primary things to attract gamers. As long as you excel in these areas, the future of your gaming app is bright.

Which is the number 1 Android game?

Currently, PUBG mobile is hands down the number 1 Android game.

What is the most popular free game app?

Subway surfers is the most popular free game app.

Is Free Fire a copy of PUBG?

No. In fact, it is the other way round. There are claims that PUBG copied the ideas of Free Fire.